My Week in an Alternate Reality 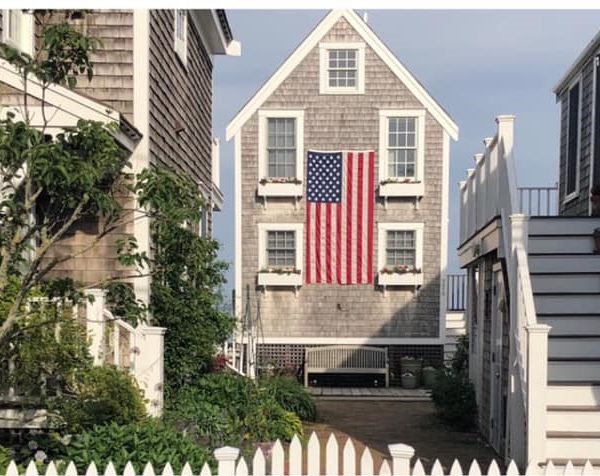 I’m writing this post at 40,000 feet returning from an amazing eleven-day training trip in New England, a good portion of the trip in Provincetown, Massachusetts or Ptown.

I first visited Cape Cod and Ptown a year ago for a training I did with Duffy Health Center in Hyannis. I immediately fell in love with the beautiful beaches of the Cape. Long stretches of sand dunes, tall grass, and modest gray houses mixed perfectly in a way the big hotels and tourist traps of many beach towns can’t match.

I spent every free moment walking and running on those wonderful beaches. On the last night of my trip, several people from Duffy suggested I needed to visit Provincetown. I shrugged it off at first, with more beaches to explore, why would I spend time in a town. Plus, Ptown sits at the very end of the Cape requiring travel to eat up a good part of my last night.

If you ever sit through one of my trainings, you understand that you get to know me pretty well by the end. So, I took the advice of my new friends in Hyannis. I figured I could use every bit of daylight to explore and hike then work my way to Ptown in the evening.

As night fell, I continued north until I entered Ptown. At first, I was a little appalled at what I saw. Overcrowded streets, hard to find, overpriced parking, and a mini traffic jam. But I was there, so I found some parking and set out to explore.

It took less than a minute to understand why the journey was a must. The main strip of town, Commerce Street, was pack with beautiful people enjoying a perfect Cape Cod night. What made Ptown unique was that the crowd was about 80% gay men with a few hetros and other LGBTQ+ folks mixed in. Rainbow flags flew off every building.

Unlike the party atmosphere of the Pride Celebrations I’ve attended, these folks were just enjoying the weather, restaurants, music, and theater on a street primarily lined with older, well-kept two- and three-story buildings from the fishing past of the Cape. Walking down Commerce Street, I kept saying to myself, “This is my America!” While I only spent a couple hours exploring Ptown, it was an amazing way to end my wonderful first trip to the Cape and an experience I’ll never forget.

Then something amazing happened. At this year’s Ryan White HIV Conference someone from Cape Cod HIV Support Group attended one of my trainings and wanted me to come out for a four-day series in Ptown! Even better, we scheduled it in June so my wife could join me for part of the trip.

Spending eight days in Ptown was very different from the couple hours I spent a year before. While the weekend was crowded and fun, the “normal” Ptown is what I carry with me on my way back to Colorado. Whether at the grocery store, coffee shop, restaurants, or beaches there were always more LGBTQ+ folks than hetros. Same-sex couple kissing, holding hands in the street, or just talking at a coffee shop did not even register in our consciousness after a couple of days and the rainbow flags just became part of the scenery. The normality of gay life in Ptown was so beautiful because it was so boring, typical, and predictable.

I left Ptown for a beautiful drive to Troy, New York to speak at the 20th Annual HIV and HCV Clinical Care Symposium. I didn’t spend a whole lot of time in Troy, but it struck me as a very normal East Coast industrial town transforming its economy and creating a great downtown. Back in “Normal Hetro-America,” I missed the feeling of Ptown being my normal. The flags were gone, and I was solidly back in the majority (though being at an HIV event helped my transition).

I’m not sure when I’ll get to return to the Cape and my favorite little town at its end. However, I love America, even more, knowing that Ptown exists.