Meet “THE” Cathy Bynum and what she Thinks about the recent Mocking Dr. Ford 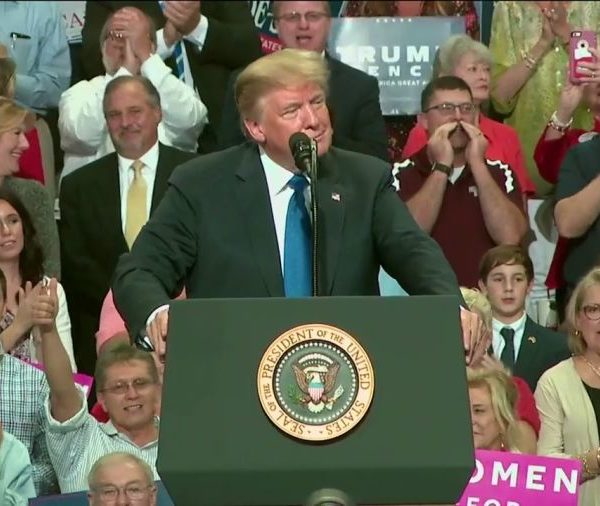 Each week, I try to write something to help us think about what is going on in the world from a trauma-informed perspective. Many weeks I try to hold back my anger and frustration to try to find something meaningful to add. I’m lucky enough to work with one of the strongest and smartest women you’ll ever meet, Cathy Bynum. She helps me with some administrative stuff and her comments often are much better than my posts. From time to time, I want to share her voice with you as I think you’ll appreciate her as much as I do!

The questions are mine; the answers are all Cathy!!!

I wonder what you think about the women laughing and cheering as Trump mocked Dr. Ford?

You would not have liked me this morning when I first saw that clip. I snapped and said every one of the people in the audience deserved to go through what Dr. Ford went through and see if they still laugh. Then I managed to take a deep breath. For starters, I know the majority of the people that stand behind him at those rallies are people that have been handpicked to react to whatever he says.  We know that people will do just about anything for their 5 minutes of fame.

Being raised the way I was, I genuinely have no idea how a woman cannot feel for Dr. Ford. All women have been the victim of some type of assault whether it’s verbal, mental, or physical.  The problem is women have for so long been taught to ignore it or to push it down and “forget” about it.  To move on and don’t let it define who you are. Is that where these women are that are standing behind Trump? Do I give them the benefit of the doubt? Maybe they feel by acknowledging Ford and what she went through would mean that they too would have to admit what happened to them?  Pandora’s Box being opened?

What could make them cheer and laugh and clap at another woman’s pain?  Even if you don’t believe her, you must believe that something happened to her that would make her willing to come forward and face what she is having to face and deal with now. No man, including the President of the United States, should be able to get away with this but then at the same time this same man mocked a person with disabilities and still became president.  If I were in that crowd, I would have been hard pressed not to throw something at him

Cathy, I wonder what you think about the men who were standing behind Trump laughing and cheering as he mocked Dr. Ford?

I find them all abhorrent and disgusting and precisely the white, entitled males that support him. I know I sound like I’m writing them off as a lost cause and in a lot of ways, I probably am. These are the men that truly want the woman to be barefoot and pregnant, in the kitchen, with no voice.  They were raised thinking of women as second-class citizens or blame women for their lot in life: “if my mother had stayed home, I would be a different person” “if women weren’t in the workforce, I’d have a better job.”

Anyway, these are all men that have to have some issues in their life.  This fact doesn’t excuse them, but something unfortunate happened to them somewhere in their lives.  Like Kavanaugh, they were raised to believe that women were there to serve them and that they could do what they wanted with them. The men in Trump’s audience may not have the same level of education as Kavanaugh, but they think exactly the same way.

Again, all of these people: men, women, Trump, don’t have very high self-esteem.  They must put others down to make themselves feel good and right and better.  Maybe that is it with the women, by laughing along with Trump, it made them feel like what is happening to Dr. Ford right now, could never happen to them as long as they stay on the right side of the “popular group.”

One response to “Meet “THE” Cathy Bynum and what she Thinks about the recent Mocking Dr. Ford”