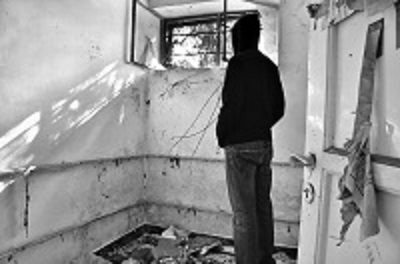 I recently read White Trash: The 400-Year Untold History of Class in America by Nancy Isenberg. Isenberg’s work examines the role of class in the United States from the moment white Europeans first settled to the very recent past. Her work is important on many levels but expanded my thinking on the impact of class on impoverished white communities throughout our country’s history.

Note: There is no greater class sin (or historical trauma) in our country’s history than the enslavement of Africans, their descendants, and the injustices of racism enacted after abolition. Isenberg does a very nice job including the experience of black and other minorities in her work as both a unique experience and as an experience in which to compare and contrast the treatment of poor whites. My focus on poor white communities in this blog is due to the new insights White Trash sparked in my thinking about culture and in no way am I ignoring the terrible treatment of minority populations which remains the original sin of our country that we are still struggling to atone.

As a white man, I find it very easy to judge and put down people of my race. People that look like me, and maybe even some of my ancestors, owned slaves, attend KKK rallies, beat civil rights activists, and vote in mass for a political ideology that supports racism through its words and policies. The actions of white people throughout our country’s history make it easy for me to dismiss many of my race as ignorant and unworthy of any form of compassion or empathy. My belief is that those of us in the white race in America have always received tremendous privilege. This privilege comes with a responsibility to improve society so all races, cultures, sexual orientation, and ethnicities can assess the possibilities open to whites.

Isenberg’s work puts forth a history where impoverish and uneducated white populations were discriminated against and segregated in a way to “keep them in their place.” Many whites came to America as indentured servants early in our country’s history. While it was possible to work your way out of servitude, the system was set up to keep you and your family impoverished in ways that benefited wealthy landowners.

What struck me most about the history in White Trash is the discriminatory language whites of privilege used to describe whites from lower social economic classes. Many viewed poor whites as a separate racial identity whose behavior and ways of life did not represent their view of what it meant to be white. While privileged whites saw themselves racially superior to Africans and Native Americas, they feared that poor whites carried traits and genetics that would ruin the white race.

There were serious discussions by educated whites concerning forced sterilization, ensuring breeding and passing on of proper white genes, and how to segregate poor whites (often those from Ireland and Southern Europe) so they do not threaten the purity of the white race. “Being white enough” was a serious line of thought and eugenics (or breeding for desired white traits) was a widely studied science in the United States. This thinking was popular until the Nazi’s extremism took it out of the intellectual white mainstream.

It is hard to think of whites facing racism from other whites, but this was the reality in our early history of our country with roots running back through serfdom in Europe. This class distinction made it a challenge for privileged whites in the South to recruit soldiers out of these communities to fight for their rights to own slaves in the Civil War. It is easy to judge the stupidity of poor Southerners who could not come close to affording a slave, dying for a ruling class that had worked for generations to keep them in their place. Unfortunately, history has many examples of those in lower classes dying in the wars of the nobles and wealthy when victory in these wars benefited them in no identifiable way.

Another, crucial point of White Trash is that the discrimination against poor whites was in no way an issue just in the South. Much of the focus on genetic purity, housing segregation (putting trailer parks in isolated parts of town is a current result of this separation), and eugenics came out of the North as much as the South. Many poor whites did not have the opportunity to go to school, and upward mobility was a myth as class kept you in your place for generations.

Published in 2016, White Trash does not address the rise of Trump, Charlottesville, and the Alt-Right. It does set the stage in a powerful way that makes it easy for the reader to view current events as the logical epilogue to the book. The question lingers in my mind, can much of the appalling language and actions we see from the Alt-Right and white supremacists around immigration, marriage equality, race, and nationalism have its roots in our historical oppression and resulting trauma of poor whites?

Our history should not leave us surprised that poor whites follow the lead of a wealthy white person who uses their language to take power and use that power is discriminate against minorities. While I’m very aware of my white privilege, I’m left wondering, do poor whites in “Coal Country,” the “Rust Belt,” or even in my state of Colorado feel any privilege in their life from being white? Historically they were better off than minority populations (if any living in their community) but still did not have the same opportunities as other whites when it came to education or economic opportunities.

Once again, rich white men (at least men for the most part in D.C.) are politically activating poor whites through identity politics and blaming minorities for the loss of economic opportunities that were never there in any meaningful way. I see this play out so concretely when Trump blames immigrants for taking jobs while he and his fellow white billionaires are the ones giving those immigrants the jobs or manufacturing their products in other countries. White Trash provides the historical context to help us understand why so many people are supporting a political movement whose policies (social programs, health care, economic policy) hurt their financial futures essentially keeping them in their place.

White Trash: The 400-Year Untold History of Class in America is an important read and a must-read for those working with historically impoverished white communities. Better understanding the poor white experience in America does not excuse the ignorant and racist behavior of many whites, but it does provide an important context for that behavior. In understanding the impoverished white class experience, it increased my understanding of the struggles of other groups up to the present.