Last week we met Homo Economicus, the always logical Spock-like character. Homo Economicus has been the person at the center of historical economic theory and the policies created on these theories. As long as real humans act in a logical, strategic, and self-interested manner, these policies would produce a capitalist utopia where every human with motivation could thrive financially.

Through most of economic history, there was little communication between psychology and economics. The mathematical language of economics contrasted so dramatically with the language of Freud and his contemporaries that dominated psychology for most of its history, and there seemed to be very little common ground. Several decades ago, a new cognitive behavioral language emerged from psychology, and a few economists started to see saw the flaws in the Homo Economicus and the policies created on this understanding of humanity.

A few pioneers started to construct a bridge between the two very different sciences and called this bridge behavioral economics. As with all challenges to the status quo, traditional economists fought, and to some extent still are fighting, this emerging science. One of the biggest fights was over the new actor that behavior economic research was describing – meet Homo Sapiens!

Behavior economics is nothing short of a paradigm shift away from traditional economic theory. Utilizing psychological methodology, behavioral economists have conducted thousands of well-structured quantitative experiments on human behavior as it relates to financial decisions in different economic conditions. The finds showed consistently that the Homo Economicus was a myth when put to the empirical test.

Homer Simpson is to behavioral economics as Spock is to traditional economics. Study after study demonstrated that humans do not always make logical decisions and are as much altruistic as we are selfish, consistently sacrificing long-term security and gain for short-term pleasure. Compared to Homo Economicus, actual humans could easily be seen as stupid, short-sighted, and animalistic. 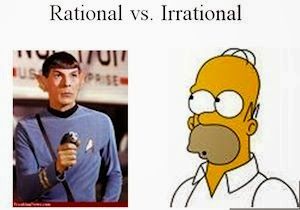 This conflict of economic styles brings us to the present conflict between economic world views on poverty. Traditional conservative economists expect those experiencing poverty to act like Homo Economicus, whereas behavioral economists can’t find this mythical being in any of their research findings. It is easy to see the faults in the traditional approach.

First, basic brain science demonstrates the impact of stress and trauma associated with poverty. The more stress in one’s life, the less able they are to access their logical brain. If this stress and the related struggles for survival dominate their lives over longer periods of time, it will structure the brain in a way to promote survival at the expense of the realization of the person’s genetic potential.

Second, humans are more Homer than Spock, even without the stress of poverty. Behavioral economics shows just how illogical we are when it comes to financial decision making. We buy beer instead of investing the money; we’ll travel across town to save $25 on a $100 item but will not do the same to save the same amount on a $20,000 car; and we’ll make riskier bets when we have won a few hands of card than if we’re even with the house. This does not make us, or those in poverty, stupid, dumb, or idiots – it makes us human!

Failed economic policy is not the fault of the individual experiencing poverty. It is the fault of outdated model based on the Homo Economicus. Humans are humans and as long as poverty policies do not recognize this fact, these policies will continue to fail not only those in poverty, but our society as a whole. Blaming those in poverty for not acting logically is short-sighted, dehumanizing, and harmful to the collective social and economic well-being of our communities.

As long as we put ourselves up as Homo Economicus, we will miss the opportunities to truly address poverty and other economic injustices in our communities. One of my biggest conclusions in my study of economics and poverty is how many misconceptions there are about the poor. My question this week is: what misconceptions of poverty do you see in your community?