As I start to wrap up my study on poverty over the next few weeks, I feel I need to introduce you to a very important person in the history of economics, Homo Economicus. Homo Economicus is a human, is always rational, focuses on their own self-interest, and always pursues their economic, social, and personal goals in the most optimal way possible. In order for us all to give Homo Economicus a personality, let’s call him Spock, a character most of us can connect with easily. (To the Star Trek fans out there: I know Spock doesn’t always act in self-interest, but forgive me for taking a small liberty to make a point). 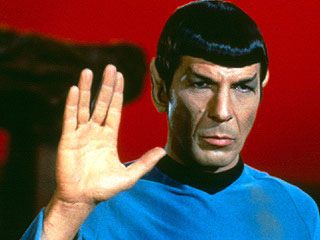 k is critical in economics because, for nearly two centuries, we have used Spock to understand human behavior in economic systems. The classic example of this is Adam Smith’s Invisible Hand. This is where a society full of Homo Economicus, or Spocks, acts in its own self-interest. Smith, and many others since, believed and argued strongly that this Invisible Hand of self-interest over collective interest actually benefits society more than if that society took specific actions to better itself (poverty programs, universal health care, social services, etc.).

A culture of Spocks spend their evenings reading Consumer Reports, spends hours researching candidates before voting, and mindfully plans the best path forward to reach their well-thought-out goals. If Spock wants a new car or home, he will forego luxuries like going out to eat, buying beer, donating to charity, taking in a play, or buying tickets to a basketball game. It makes much more logical sense to put money into the goal than to spend it on short-term and frivolous pleasures. 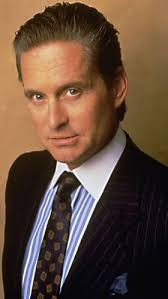 Another great example of the Invisible Hand is Gordon Gekko from the film Wall Street. In this movie, Gekko makes a famous speech with a line the immortalized the move: “Greed is good.” In Gekko’s thinking, stockholders’ greed for the highest returns pushes companies, and citizens push the country, to perform at its best. Depending on your economic perspective, Gekko is a hero or villain. Regardless of your view, there are many authors, researchers, and economists that hold Gekko’s philosophy as “the” American economic philosophy. If you have a minute, take a look at Gekko’s speech. While it is almost three decades old, you can still hear it resonate from the Republican debate stage.

Traditional economics believed that Spock, Gekko, and all the Homo Economicus will, collectively, make better decisions than policy makers. This is where George Gilder’s view of fatherhood can be put into context. He believes that Spock, the impoverished father, would be a good provider, employee, husband, and parent if left to his own devices. The problem comes, in Gilder’s view, when government makes it easier to live on welfare than get a job, provides free healthcare (taking away the motivation to find a job that offers it), and rewards great welfare payments to single mothers making men at best useless and at worst an economic burden.

While you know that I disagree with about everything Gilder believes, I see him as though he is a child raised in an environment that was similar to a cult. If you were raised worshiping at Smith’s Altar of the Invisible Hand, and believing with all your heart that Gekko is Smith’s messenger sent to free America from the bleeding heart liberals, the world from that altar looks and behaves in a certain way. In poverty, Spock will act in his best interests to maximize his income and his long-term goals, and if living off the “riches” of the welfare system is more logical than getting a job, than there will be no motivation to move out of the system that Gilder sees as rewarding laziness, “beastly” sexual behavior, and single parent households.

Recently, however, Homo Economicus has been shown to be in some great company. Behavioral economics, which will be explored in next week’s post, and neurobiology have relegated Homo Economicus to the academic standing of Bigfoot and the Loch Ness Monster. In reality, humans are incredibly illogical, and when you add the impact of stress and trauma, we can become even more so, as we rely heavily on our emotional and reactive brain to survive this reality.

This leaves me with a troubling question: Where the hell were we? Even before I learned the science about brain functioning, I saw huge flaws in Homo Economicus and the theories that rely on him. At its very core, conservative economics is terribly misguided and flat-out wrong. From Carter to Reagan to the Bushes and Clinton, we have continued to operate from an economic philosophy that has led to increased poverty, income inequality, a prison state, and, when combined with racism, the destruction of whole communities.

We have seen this happen, sometimes slowly and sometimes rapidly. Where was our collective voice? Why aren’t we organizing? Are we too small or too tired to fight against what we know doesn’t work? Please know when I say we I mean me! This failure sits very heavy on my heart, as I was in the front row for much of it.

I would love to hear your thoughts on this, so please utilized the comment section to vent and brainstorm. Too many lives are at stake for us not to figure this out.

4 responses to “Meet the Homo Economicus”