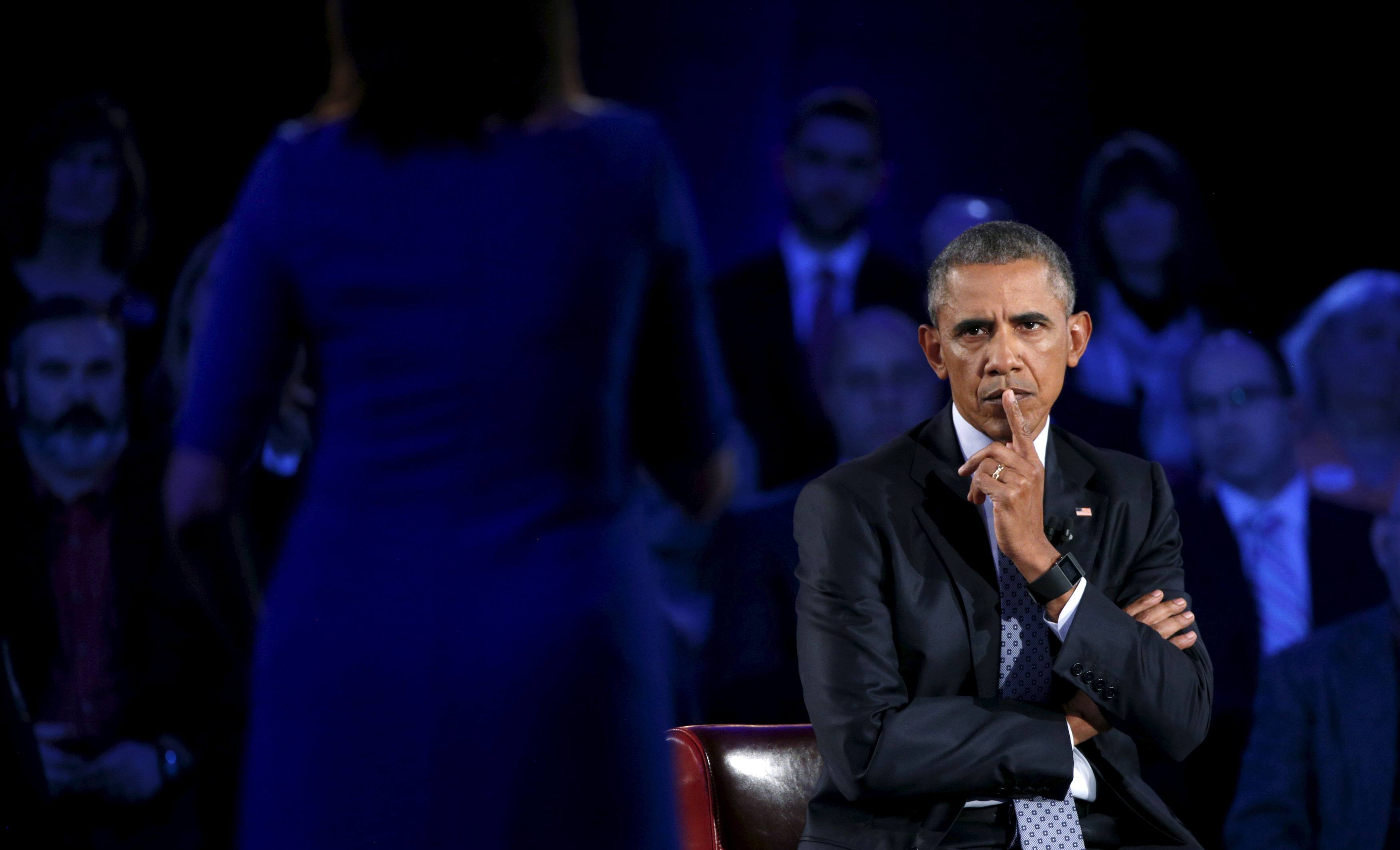 Gun control continues to be a divisive issue in America. Watching President’s Obama’s Town Hall last week on CNN gave me hope that we might finally have an emotionally regulated conversation about gun control. This hope soon disappeared, as CNN shifted from the Town Hall meeting to a pundit-filled roundtable discussing that meeting. The thoughtful tone of the Town Hall soon returned to name calling and put downs as “national experts” fought over a variety of aspects of Obama’s executive action on gun control.

Gun control is one of those emotionally charged issues where the yelling obscures the opportunity for change. I believe that even the most conservative NRA open-carry advocate would agree with the nonviolent peace-loving liberal hat lowering the amount of gun violence in our society is something we should strive to achieve. Unfortunately, the sides have not found the emotional regulation or language to get through their different world views, and so the problem continues to escalate.

Like most social problems, gun violence has a greater impact on those in poverty. Here is the reality:

Statistically, there is a connection between poverty and violence (including gun violence). This got me thinking about the issues of gun violence in a larger way. As you rise out of the yelling and political pandering, the context of gun violence can be seen in a new light, which has the potential to refocus the conversation into one about real solutions.

I’ve heard, “Guns don’t kill people; People kill people” most of my life from gun advocates. I easily shrugged this off when I examined gun violence in the U.S. vs. those countries with stricter gun laws, as it seems to indicate that our access to guns leads to our terrible rates of gun violence. In addition, conservatives blaming a historically underfunded mental health system as an explanation seems shortsighted, since these same politicians are often responsible for the underfunding that prevents mental health services from truly being an integrated part of our society.

I had my position and I judged the other side as ignorant, hypocritical, and politicizing gun control for political gain. I would have fit in nicely into the post town hall yelling match on CNN! So I started to rethink my position, to see if there might be a way to reframe the problem into something that provides a framework for achieving a less politicalized view.

Poverty, along with a number of other issues (mental health, terrorism in the U.S., poor education/employment opportunity, bullying in schools, drugs, gangs, etc.), is prevalent in our society, in combination to easy access to firearms. Access to guns provide those facing a variety of problems with an option to use guns as a solution via homicidal or suicidal acts. When we look at gun violence in the context of poverty level, education, and other social factors, it becomes clear that access to guns is not the core issue – instead, guns exacerbate other social issues facing individuals and communities.

We live in a society where your income level can predict your likelihood to be murdered, commit suicide, or experience other forms of violence (among numerous other negative consequences). Common-sense gun laws do play a role here. According to journalist Thomas Frohlich, “None of the states with the most gun violence require permits to purchase rifles, shotguns, or handguns. Gun owners are also not required to register their weapons in any of these states. Meanwhile, many of the states with the least gun violence require a permit or other form of identification to buy a gun.” However, an argument about gun control that ignores social issues fails to address the core problem of violence in our poor communities.

People who see hope for a better future rarely pick up a gun and turn it on others or themselves. Even if we eliminated all guns from our society, the violence, though less fatal, would remain high in communities experiencing poverty. Gun violence is a symptom of a society that fails to provide hope and opportunity to its citizens who are stuck in cycle of poverty, fails to provide adequate mental health access, and continues to fight a failed War on Drugs.

As someone who has spent their career working with those struggling with poverty, I have been a witness to the destructive power of gun violence. My first therapy client ever was murdered by a robber with a shotgun. The gang members I worked with all carried handguns and had easy access to more dangerous weapons. They were soldiers in the war raging in their neighborhoods, which were being destroyed by poverty and drugs. Guns were their weapon of choice and I watched this horrible reality play out as young black bodies littered the street of my community.

We live in a country with an amazing diversity. It makes it hard to find policies that fit rural farmers and intercity youth; the economically stable and those trying to survive poverty; those facing mental health or substance abuse issues and those living healthy lives. Here, I go back to a common theme in these posts on poverty: The American Dream. As long as those in poverty have less opportunity and have to focus on survival, there is a greater likelihood for violence. The policies that create dramatic income inequality, high rates of imprisonment, and limited economic upward mobility are as much responsible for our problem with gun violence as our illogical approach to gun control.

Complex problems require complex solutions, and executive orders will have limited impact if our leaders fail to address the economic realities they have created for those in poverty. I’m interested in your thoughts on this important issue. How do you see the gun control debate impacting your work and the reality facing your clients?

6 responses to “Gun Violence and Poverty”