“What do you mean you’ve never been to the mountains?”

There are certain assignments in school that I’ll never forget. As part of a Psychological Theory class in my graduate work, we were given the option to either write a paper on an existing theory/approach or create our own. I know it will come as no surprise that the 22-year-old Matt chose to create his own theory of psychology (I was the only one in my class cocky, ambitious, or dumb enough to take this on).

Armed with an undergrad in human services, six weeks of graduate classes, and three months of experience at a juvenile justice residential facility, I took on this task planning to come up with a new theory that would rival those of Freud, Jung, or Skinner, all of whom we had studied in class. I was at least smart enough to look for something I was not seeing in the textbooks but did see in my own work with clients. In the end, I created a psychological theory based upon the role of experiences, or lack thereof, in mental health and behavior.

While the paper has long been lost to the hard drives and trash bins of my past, the idea stuck with me for years. Working with traumatized and impoverished populations, I was very conscious of the lack of experiences my clients had access to compared to those of my own lower-middle class childhood. Many of the teens I worked with never left their neighborhood, and if they did venture out, it was rarely to experience something new – more often, it was to visit family. It amazed me how a kid raised in Denver who saw mountains everyday had never been to th 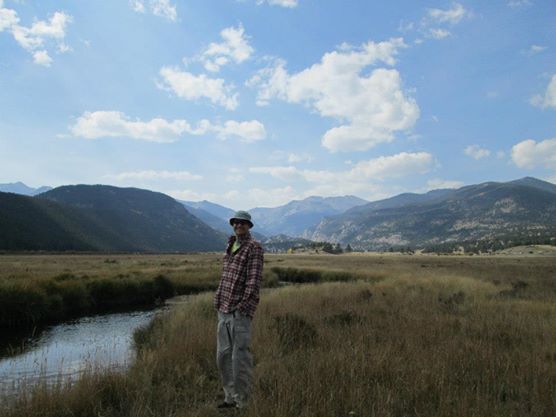 e Rocky Mountains, how a teen from Southern California had never seen or heard the ocean, or someone in a large city had never set foot downtown, much less visited the zoo or a museum.

A decade and a half later, we now know that lack of experiences can affect brain development, directly impacting areas for language and learning. Unfortunately, because of the financial situation of their families, my clients’ world was much smaller than the one I experienced growing up. Even though my family was far from wealthy, we were able to pack up the car every summer and explore different areas of the country.

The one trip we took through Western United States sparked the lifelong passion for nature and wilderness that led me to move to Colorado. I fell in love with history one summer as we visited Civil War battle sites on our way to Washington D.C. The culture of South Beach in Miami showed me that there was a world MUCH different than just that of Franklin, Indiana!

While these experiences changed and challenged me, I saw the impact that lack of experiences were having on my clients. Their world was often their neighborhood, which was ravaged by crack, violence, poverty, failing schools, and very few legal economic opportunities. This limited reality trapped them in harmful ways of thinking, or shut the door to the larger world. When you have to survive the walk to school, it is hard to dream of oceans, mountains, or walking the streets of Paris.

The first part of my new psychological theory was a focus on the importance of providing experiences through school field trips and social programs like Big Brothers/Big Sisters. In addition to providing experiences, I also suggested that the client have a therapist to help them process those experiences into their worldview and their view of self. I believed that the experience would have more power if it had a context in which to be placed.

The second part of my theory was the role of experiences in the healing process. I was amazed by the impact of the experiences we gave our clients in the residential setting. A hike in the woods, a trip to a nice restaurant, meeting a professional athlete, or a museum tour seemed to open up long dormant parts of themselves. While they might have gotten some benefit from the therapy, groups, behavioral modification programs, and small class sizes they were receiving in the residential center, all these seemed to pale when compared to a novel and stimulating new experience were able to provide them.

When I visited Demark this summer, I was amazed to hear stories of government-sponsored international educational travel and the experiences and opportunities available to my Danish friends. I ended up wondering how my own life might have been different if my family had the resources to visit other countries and continents, or if our country valued these experiences like the Danes. While my life might have been very different, the mountains of the West, beaches of Miami, and museums of D.C. sparked a lifelong passion for learning and experience that my small Midwestern town limits of Franklin could not contain.

Poverty is not just limited financial resources; it is a poverty of experience beyond the everyday. Experiences in childhood and adolescence provide a scope in which to view the world and our place and role in that world. Kids like the ones I worked with needed access to the larger world. While the Danish people value the experiences of everyone, my clients had to get caught breaking the law before they saw their first play, college basketball game, or museum. While these experiences had tremendous impact, I worried that they lost most of their power once they re-entered their home environment and those doors were no longer open.

My professor kindly gave me an A- on the paper which I guess means I created a psychological theory! Years later I would like another grade from you. In your work and lives, have you seen the power of experience? If you have, how do you view this power in the light of poverty? Please post your thoughts in the comment section.

8 responses to ““What do you mean you’ve never been to the mountains?””