Impact of Rules: Keeping the People Trapped in Poverty

Like last week, I enter ground where I don’t feel fully confident that I have the right language to describe this topic. I happily admit I’m in my own learning curve on how to present and understand poverty. So with your patience and understanding, I want to continue our exploration of Ruby Payne’s Hidden Rules of Poverty. As a reminder, here is a summary of this concept. 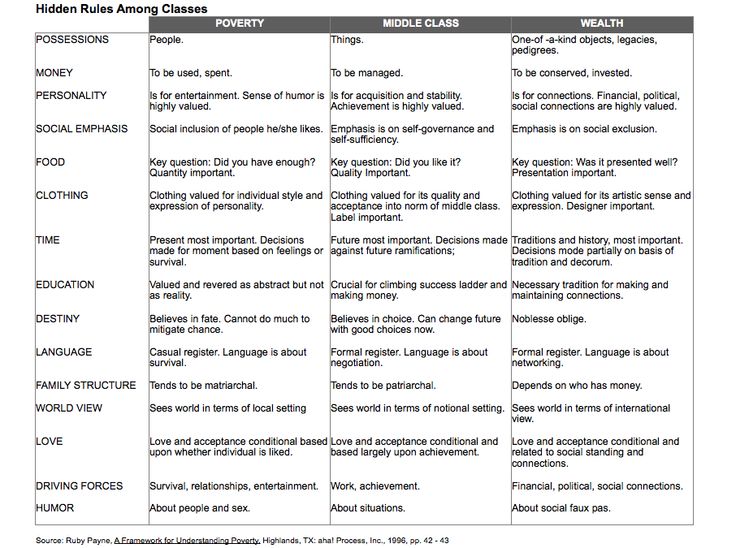 One of the powerful conclusions of Bridges out of Poverty and A Framework for Understanding Poverty is that people in poverty most often remain in poverty because they live by a different set of rules than those that guide the middle class. Here is the logic as I understand it:

What I like about Payne’s approach is that it gives us a model to address some of the needs of those in poverty within the realities of the current systematic problems that cause poverty. This cognitive behavioral understanding that Payne puts forth attempts to help adjust thinking and behaviors in a way that increases economic and social success. My struggle, however, is that her approach can seem to put the “culture of poverty” she describes in a negative context.

My issues with Payne relate to my frustration with many conservative economists. Blame is too easily placed on the individual or their behavior. This can result in a negative view of certain cultures experiencing higher rates of poverty, many of which include ethnic, racial, religious, and cultural minorities. It isn’t often recognized that people find themselves in poverty through no fault of their own. Most people experiencing poverty do so because of policies that keep certain minority groups at an extreme disadvantage when compared to the opportunities available to the majority (we’ll talk more about this in upcoming posts).

My other struggle is that I find great value, joy, and power in communities that the term “culture of poverty” seems to disparage. While any community has it challenges, many of these diverse cultures have norms and values which we do not want to lose by overemphasizing middle class values. While the American Melting Pot concept sounds great in theory – and who doesn’t love a good Schoolhouse Rock video?  We can’t actually just throw everyone in a pot and watch it magically become something homogenous that we call America.

I feel that, as helpers, we are stuck between a rock and a hard place. The rock is a system, which we are a part of, that systematically discriminates against the poor, while making the rich richer. The hard place is that many of our roles involve helping clients succeed in this reality. So, we fight against a discriminatory system while also trying to help those in the system survive and improve their economic status. While I have a hard time finding universal application for Payne’s rule of poverty, there is no doubt that our current system does have rules, and those rules are stacked against those in poverty.

4 responses to “Impact of Rules: Keeping the People Trapped in Poverty”