“What is the Meaning of This City?” Thanksgiving Remix 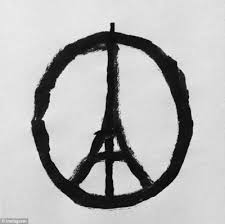 reflection was inspired by a poem by T.S. Eliot, entitled Choruses from the Rock. There were four lines in this poem that slapped me in the face – I believe they speak so powerfully of the call for trauma informed communities:

When the Stranger says: “What is the meaning of this city?

Do you huddle close together because you love each other?”

What will you answer? “We all dwell together to make money from each other”? or “This is a community”?

Eliot’s question of why we come together as communities hits to the very heart of whether communities, states, and nations dedicate themselves to healing trauma and fulfilling the call to love one another, or whether they perpetuate suffering and pain, by caring more about short-term profits than the well-being of people.

As so many are thrust into the darkness caused by trauma, there is a moment that challenges us all. Do we collectively have enough understanding, calm, and strength to recognize the signs and sit with the fact that these terrors exist in our community? A trauma informed community takes a breath and mindfully looks at not only what the victim needs, but also what societal issues contributed to the abuse, neglect, or “criminal” act. This mindful response allows both appropriate reactions to the pain of the victim, and justice (and hopefully actual rehabilitation) for the person causing the trauma.

We live in a time where the philosophy is most often, ‘Profit,’ not ‘Love.’ A city or nation that is created to maximize profit will damage a large portion of its own population as a mean to this end. Tax cuts, senseless drug policies, cutting social programs that work, failing schools, and the highest imprisonment rate in the world are symptoms of our historical choice to prioritize profits over love. We have powerful science to show that crime, poverty, violence, riots, and the inability to succeed in the profit-driven city is not the fault of the person, but a failure of the community.

We have the numbers, but do we have the strength to take a stand and speak truth to power? While a community gathered together out of love for each other might be hard for many to grasp in our profit-driven culture, we can show scientifically that the behaviors we judge and often punish people for occur not because these people are evil or criminal, but because something happened to them. We can show how poverty prevents the development of the brain areas needed for success in school, the workplace, and achieving the American Dream. We can show that investment now will yield long-term economic, intellectual, and cultural benefits for decades and centuries to come.

Pain does not need to exceed the scope of suffering caused by the traumatic act – not to mention that communities can do a lot to prevent the act itself from happening. If pain is met with empathy, compassion, and love, trauma loses its destructive power and transforms into strength and wisdom (what we know as post traumatic growth). If it is met by judgement, punishment, and fear, the suffering is multiplied, not by the abuser or the abused, but by the community.

2 responses to ““What is the Meaning of This City?” Thanksgiving Remix”