Trauma’s Impact on the Stress Response

Last week we examined the natural stress response. This week’s post addresses the impact of trauma on short and high road processing of stimulus. The simplest way to do this is by looking at the biological impact on the specific brain areas involved in the process. 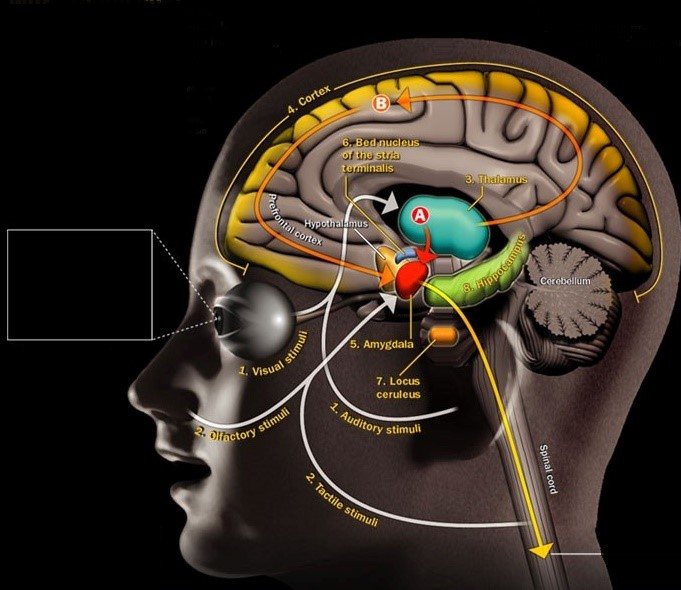 Thalamus: If someone is raised in traumatic circumstances, the thalamus can become dysfunctional in two ways. The first is that benign stimulus is seen as dangerous. This is natural in some ways. As the saying goes, “It is better to run away from a stick thinking it was a snake than pick up a snake thinking it was a stick.” With trauma, though, the person often sees threats where there is little or no chance of harm. Bringing fight or flight energy into benign social situations often gets traumatized individuals in trouble (fight response) or can isolate them from making any real connections and building healthy social networks (flight response).

The second impact of trauma on the thalamus manifests itself when the person misses environmental clues that a situation is dangerous. Traumatized people are at higher risk of being traumatized again, due in great part to the inability to sense when a situation might become harmful. Too often, the first and second scenarios are impacting the person at the same time: their stress reaction is triggered in inappropriate situations and fails to trigger when danger is present. This consistent reality of bringing the wrong energy into the present goes a long way towards explaining why traumatized people (especially those who have not had a chance to heal) struggle in social situations such as the workplace, romantic relationships, friendships, and with helpers. They also often experience severe consequences as a result of these struggles, including unemployment, domestic violence, social isolation, imprisonment, and experience failure in systems such as school, health care settings, and social service environments.

Besides its role in the stress response, the thalamus also plays a critical role in memory development and processing. Psychological trauma, via the flooding of the thalamus with stress hormones, can damage the thalamus preventing it from creating integrated memories of the traumatic event. When it attempts to bring the lessons from the trauma into the present situation, these fragmented and incoherent memories make it difficult to bring the right response forward, often leading to self-defeating behaviors.

Amygdala: Being the fear and emotional center of the brain, it is not surprising that the amygdala is greatly impacted by the intensity of trauma. This shows up in brain scans as increased activation. In other words, more energy and information is being handled in the amygdala, which shows increased likelihood that the fear response will be triggered, either on the short or high road.

This sets up what I like to call the funnel effect. The untraumatized brain will usually do a good job in deciding what is safe and what could be potentially dangerous. Trauma often resets our ability to perceive ourselves, relationships, and the world as safe. When this becomes our baseline, once-benign things seem dangerous and more and more information gets processed down the short road, taking the pre-frontal cortex off line. This funneling effect helps us understand why we often see very intense and emotional responses from our clients to stimulus that seem nonthreatening to us.

The amygdala contains a high density of opioid receptors. Our bodies have naturally-produced opioids called endorphins. One of the roles of endorphins is to release a sense of physical and emotional well-being (morphine bonds at these same receptors). Trauma often decreases the number of opioid receptors, reducing the positive response created by endorphins. This can also disrupt one key role of endorphins, which is to help us attach to our children and others through friendships and romantic relationships, as these relationships become less fulfilling. 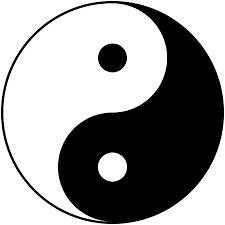 Where the amygdala become stronger, in the sense that it becomes overactive, the hippocampus weakens and often becomes physically smaller. The balance of the Yin and Yang shifts from emotional regulation to the fear-based emotional amygdala. Small microscopic changes in these two central brain parts has real world consequences for the trauma survivor.

As with the thalamus, the hippocampus also plays a key role in memory development and processing. When damaged or overwhelmed by stress chemicals, the hippocampus struggles to assign the correct meaning to experience, often resulting in fragmented and disorganized memories concerning the traumatic event. This difficulty is also likely to occur with other stressful events following the traumatic experience, making it difficult for the person to access the correct memories needed to effectively navigate life situations.

Pre-frontal Cortex: The pre-frontal cortex comes online when stimulus is processed by the high road. One impact of stress, mentioned above, is that an overactive amygdala and dysfunctional thalamus send less information to the executive center for processing. This results in the person bringing less logic, emotional regulation, and strategic thinking into their interaction with the environment.

This reality has devastating effects on traumatized individuals. It’s as if we lose our best self, which is so critical to the recovery process and reestablishing a healthy and normal life. This often blinds the person to future dangerous situations, while finding danger where none exists. With fragmented memories, the operating system of our brain cannot function properly, and without treatment or help, fragmented and fractured memories and process can, sadly, become a fracture personality.

The stress from the traumatic experience and the continued amygdala-dominated processing can physically impact the health of the executive center. The less the pre-frontal cortex is engaged, the weaker it becomes, while at the same time the emotional centers become stronger and stronger as they process more and more energy and information. Activation and possibly overall volume decrease over time often leads to repetition of negative reactions and behaviors, with a lack of insight that change is needed.

The biological impact of trauma is devastating and can last a lifetime. I hope these last two posts have demonstrated the need for effective interventions and treatments. While the impact of trauma can last a lifetime, it does not have to be that way. Just as we are seeing the impact of stress and trauma, we can also see the biological impact of practices such as mindfulness, yoga, trauma specific treatments, and other interventions. Besides these, my question for you this week is: against this biological backdrop of trauma, what do your clients need in order to experience healing and post-traumatic growth?

6 responses to “Trauma’s Impact on the Stress Response”